Abbott is initiating a proactive, voluntary recall of powder formulas, including Similac®, Alimentum® and EleCare® manufactured in Sturgis, Mich., one of the company’s manufacturing facilities. The recall does not include any metabolic deficiency nutrition formulas. Read More 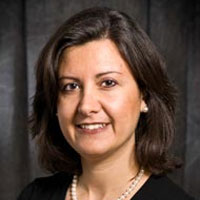 Dr. Liliane Hay is a board certified pediatrician in private practice since 1995. She is a fellow of the American Academy of Pediatrics and president of the Harris County Medical Society West Branch of 2012.

Dr. Hay graduated in 1990 from St. Joseph University, French faculty of Medicine in Lebanon. She completed her internship in Pediatrics at University of South Florida, Tampa General Hospital in 1992-1993 and her residency at Yale University, Bridgeport Hospital in 1994-1995. She obtained her board certification in 1995, and has been in pediatric practice since then. From 1995 until 1998 Dr Hay practiced in Deridder LA where she was appointed a position as the chairman of the pediatric department at Beauregard Memorial Hospital. From 1998 until 2002, she joined a large family practice group in San Antonio.

Dr. Hay moved to Houston in 2002, and joined the faculty at Baylor College of Medicine as an assistant professor in the pediatric emergency department at Texas children’s Hospital until she had her 3rd child in 2005. Since then she has been covering for different pediatricians, attending pediatric educational seminars, studying a certificate in natural wellness and preparing to open her own practice in the summer of 2007.

Before coming to the United states in 1992, and after her graduation from medical school, Dr. Hay attended Rene Descartes University in Paris where she studied tropical medicine and worked as an intern at St Mary’s hospital in “ le massif central” the south of France.

Dr Hay is fluent in English, French, Arabic and medical Spanish. Other than being a pediatrician, Dr. Hay is a wife and a mother of 3 children.

Dr. Hay is a pianist. She has taken piano lessons since the age of 9 years for 15 years, including 7 years at the Lebanese National Conservatory. She participated at the time, in different national competitions and various television shows.

Dr. Hay is also an oil painter and a member of the Houston Civic Art Association. She enjoys Tennis, skiing and scuba diving.

Find us on the map